There will be a rare astronomical event this Monday, November 11, 2019, when Mercury passes in front of the sun. We’ll be streaming it live from NJ using a telescope. The event occurs only about 13 times a century.

Click on the player to see the live stream during the event!  We’ll also stream the end, at 1:00pm EST, and on the quarter-hour in between, as well.  Weather permitting!

Bowing to the awesome spectacle that is a solar eclipse, this observer, together with his extended family and countless thousands of other umbraphiles, witnessed the awe-inspiring beauty that is this rare natural event. Despite the wildfires raging nearby, we were treated to near-perfect sky conditions in the high desert surrounding Madras, OR, a normally-modest town of just over 6,000 residents — which blossomed to possibly 30,000 or more in the days preceding the August 21 event.

As the partial phases progressed, the crowd delighted in witnessing the transformation of the environment into an alien, bizarre landscape.  Shadows took on new, unfamiliar characteristics, with even one’s own fingers creating pinhole images of the the crescent sun. 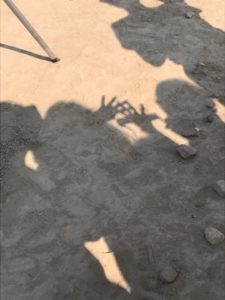 Close-up shots showed the moon’s silhouette encroaching on a sunspot-adorned image of the sun’s disc.

Then, finally, amid cheers from the crowd, the pièce de résistance.

While photographic techniques have evolved vastly in the past few decades, nothing can truly portray the personal experience at such an event.  To anyone who has seen a total eclipse, it is obvious that the difference between “99%” and “100%” is orders of magnitude greater than the mathematical “1%.”

Nonetheless, here is an attempt to capture the timeline of the event.  Allowing for artistic license, this picture combines different views of the eclipse, taken from the SolarFest “Solartown” campground.

To some, the two minutes and five seconds of totality – replete with a 360° sunset-like horizon – lasted a lifetime; to others, it was over in a brief instant.  But even a novice could capture what could be a once-in-a-lifetime record of the event.

And then, it was all over.  (For a 15x time-lapse video of the shadow approaching and passing by, click here.) The die-hards remained in place until the last moments of exiting partial phase, while the novices departed seconds after totality ended.  Even the normally-quiet VFR-only S33 Madras municipal airport – which brought in a mobile control tower to handle the increased traffic – suddenly roared to life as opportune aristocrats jetted out from their brief two-hour stay.

This was the second total eclipse that I have witnessed (the first in Cabo San Lucas, Mexico, 1991), and both times, I was struck by the humbling experience of an earth – and solar system, and universe – of which we are such a small, but influential part. Nature and physics plod on, despite our meddling interference; may we be wise (and generous) enough to be a constructive part of this grand scheme.

Is Amateur Astronomy Headed Towards the Top 0.1%?

THE CURRENT ELECTION CYCLE – theatrics aside – brings up a point of great concern to many voters:  the top 1/10th of 1 percent in America owns almost as much wealth as the bottom 90 percent.  I can’t help but wonder if amateur astronomy is headed in this same, disturbing, direction.

For the first time in many years, I decided not to attend a well-known and highly-promoted astronomy expo on the East Coast, as it had become, I believe, prohibitively expensive. In the past 15 years, the entrance fee has soared from $10 to $25, a yearly increase of more than 6%.  To say “soared” is not an exaggeration: compare that increase with yearly inflation, which has largely been much less than 4% over the same period, and sometimes even negative.

Looked at another way, the door price at this event has increased 2.5 times, while consumer prices have only gone up 1.3 times over the same time span.  I am reminded of the case years ago of a 12-year-old boy’s complaint of a price increase made by a well-known model paint company, which actually spurred government intervention – but I digress.

Other hobbies, by comparison, seem to have more reasonable event pricing: the yearly ham radio convention is $20 (for advance sales), the largest RC aircraft model show is $15, the biggest model railroad show is $13, and the largest photography show is free to attend exhibits.  (There are similarly some very large professional conventions that have free admission, only charging for attending lectures.) And all of these other hobbies have entry-level products of good quality and low cost, to boot.

The bigger concern is that this kind of pricing, even with student discounts, makes the exposition inaccessible to many families seriously considering the activity. 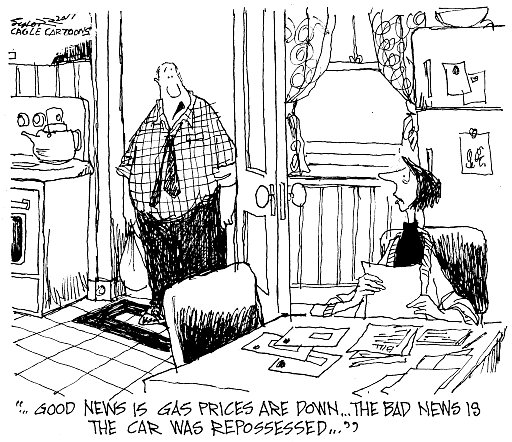 When a year’s membership in a local astronomy club can cost considerably less, this level of event pricing is not in sync with the budgets of lower- and middle-income families, especially for a pursuit that should be aiming to increase public accessibility and participation.  Worse, for a highly-publicized event, there is the impression of an elitist hobby, especially given the many exhibitors that display equipment running into the tens of thousands of dollars.

Not surprisingly, a well-known astronomy magazine declined my request to publish this opinion piece, disagreeing with my position, and also citing a business relationship with the producer of the astro expo (who did not respond to my posting on their Facebook page).  At the same time, a former official of the expo completely agreed with my remarks, saying that the pricing was “totally out of control,” and motivated by financial gain.

My own love of astronomy began as a child, when my dad bought me a very low-cost (and somewhat wobbly) reflecting telescope made by the A. C. Gilbert Company.  While no one endorses the need for more low-end telescopes of mediocre quality – department stores continue to be rife with them – the call for affordable and suitable entry-level scopes like the original Edmund Astroscan seems to have all but vanished.

Expo promoters should consider alternate pricing schemes that will attract newcomers, such as different entrance pricing without the talks, discounts for advance admission, or other similar reductions.  Astronomy, equipment, and consumer-facing events must be made accessible to a broad range of the public, and never give the impression of exclusivity. It is an obligation that companies and event promoters owe to all of the public, not just the top few percent.

Aldo Cugnini is a video technology consultant and lifelong amateur astronomer. He writes for a number of professional trade publications and dabbles in RC helicopters and ham radio.